Keep cats out of your dating profile, ridiculous study suggests

Men were deemed less masculine and less attractive when they held up cats in their dating pics, according to researchers 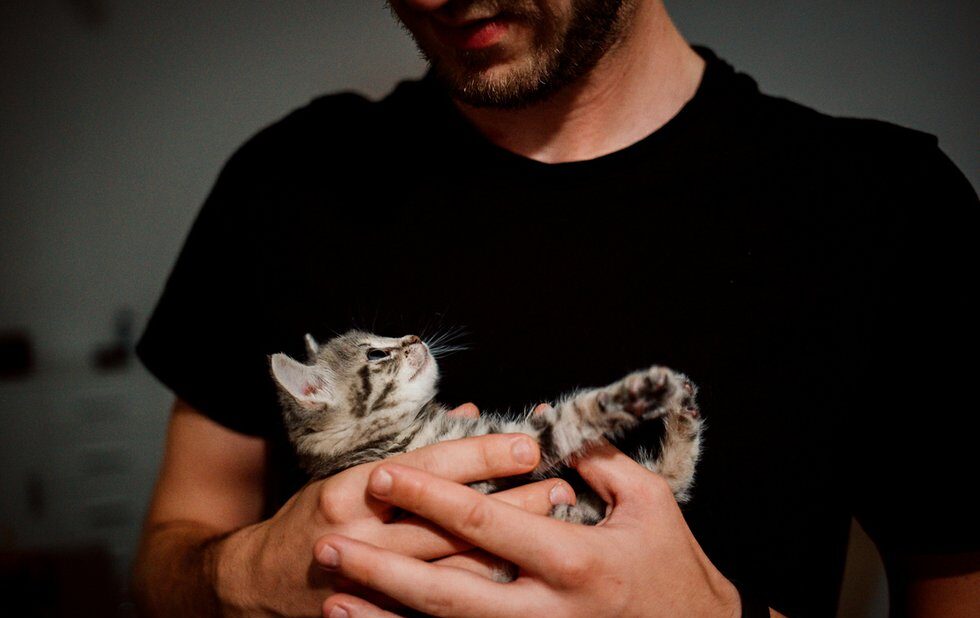 Seriously, how could you not find this appealing?

I’m what you’d call a cat person. More specifically: My home is ruled by an eleven-pound lion-bear-thing with a stumpy bobcat tail and the soul of a disgraced Hapsburg princeling.

However, it appears that many women (at least, straight, college-aged women) have not similarly embraced our feline overlords – to the point that it affects whether they find a guy attractive or not.

A new survey from Colorado State University found that women are less likely to swipe right on men if they’re holding cats in their dating profiles.

This struck me as silly for a number of reasons. Firstly: Getting any cat to let you hold them for more than five seconds is already an accomplishment. But secondly, it appears that a number of heterosexual women view cat-fancying as an inherent threat to the concept of masculinity.

The study asked 708 women between the ages of 18 and 24 to assess photos of two men – one shot of them with a cat, and one of them without. The survey results found that women viewed the cat-holding dudes as less masculine, higher in neuroticism, and less dateable – though they also rated more highly on perceived agreeableness and openness.

The study’s authors wrote that since previous research had suggested pet owners were perceived as more attractive and more dateable (particularly where dog ownership was concerned), they hypothesized that the men posing with cats would be deemed more appealing, with the cat’s presence hypothetically making them appear more trustworthy, gentle, and caring.

The findings were the same regardless of whether the person answering the survey self-identified as a “dog person” or “cat person”. According to the authors, this suggests “that American culture has distinguished ‘cat men’ as less masculine, perhaps creating a cultural preference for ‘dog men’ among most heterosexual women in the studied age group.”

Many took umbrage with the study’s conclusion, including actor/writer Mara Wilson: “There’s ONE very flawed, stupidly done small study, that did not take bisexual women into account, and took really bad photos,” she wrote on Twitter. “And honestly, IMO, men are pretty much ONLY attractive if they have a cat.”

When I canvassed my cat-loving friends for comment, they were similarly given paws. “I literally think my partner swiped right on my cat, as much or more than the human holding her,” said my bandmate and semi-professional cat dad Alex.

“I have unmatched dudes for NOT liking cats,” Vanessa volunteered. “Who the fuck did they study? I hate them.”

Finally, from Lauryn: “The straights have this all wrong.”

Natalia came to NOW as the food writer in 2015 before taking over the lifestyle desk in 2019. She has written about food, style, technology, life and travel for the National Post, Sun Media, blogTO and Metro. She enjoys thrift stores and bad puns.

Giving back is good for business

This article is sponsored by Royal LePage Estate Realty Brokerage

Why You Should Trust Experts For Basement Waterproofing in Toronto

This article is sponsored by Aquatech Waterproofing

The car wash industry took you for a ride in your own car. No more.

This article is sponsored by ALPHASHINE

Tarotscopes: Your monthly horoscope for September

Caps are always cool with staying in and streaming something but this time, it feels just a bit lonesome

Go with the flow, Pisces: In the coming weeks you should swim in the same direction as the currents or.

What exhilarating adventures will you give yourself in the coming weeks and months, Leo? The time is right for upsurges.